For those not in the adult meeting last Sunday morning I talked about Nehemiah and the rebuilding of the walls of Jerusalem in 52 days. The challenge for the community then was for everyone, whether they were a goldsmith, a perfume maker or a bunch of daughters to spend 52 days doing wall building. My application was that we're going to spend 52 Sundays next year rebuilding a wall as we go to three main meetings on a Sunday, in order for us to have space to grow. For that to happen we're going to need a whole host of new volunteers (somewhere around 150) to commit to doing whatever it takes to build the wall.
I'm not actually asking anyone to do all 52 Sundays - that would be madness! Just so you know I'm committing to being in all three meetings for 40 Sundays next year, but I'm not expecting anyone not on the paid staff (and so not able to take time to recover during the week) to do more than 26 Sundays. So if you're not currently serving at all maybe you could consider serving for 13 Sundays next year. Or perhaps if you currently serve 13 times a year you could give another 13 slots (but don't stop doing what you're currently doing, or I'll have lots of very irate ministry heads contacting me!). At the end of 2009 I promise we'll give everyone who's signed up for this the option to stop, with no guilt attached.
So on Sunday I asked anyone who would commit to doing 13 or 26 Sundays next year to symbolically write their names on the wall we had on the platform, and also to write on the wall the name of somebody who they'd like to become part of our community during 2009 as a result of the space we are creating for people to come. It was very moving to see so many names being written, and there was a real sense that as a community we can do this thing. We also had volunteer forms for people to fill in to say where they'd like to serve. I spoke yesterday to Sue Ranger who is now processing all those forms, and she was so encouraged that lots of people, rather than giving a specific ministry area just said they were willing to serve anywhere in any of the meetings. That's so much the spirit that Nehemiah and the people had as they rebuilt the wall - just whatever it takes.
I'm going to be preaching some more on the wall on Sunday morning, and there will be more opportunities to sign up and fill in a volunteer form, as we still need lots more people. I've included some photos so those of you not there can get a feel for what went on.
Hope you're enjoying the snow (how unexpected was that) and that those of you with children on half term are managing to retain some level of sanity :-)
Simon. 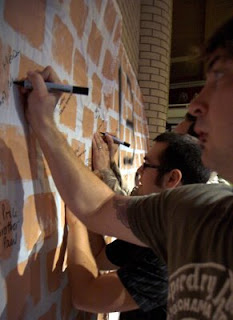 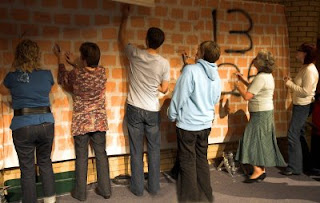 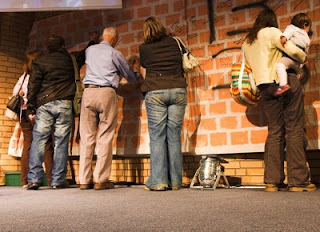 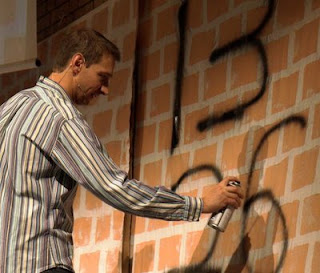 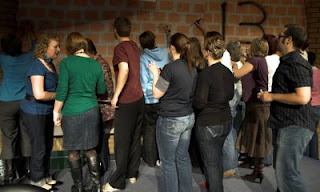