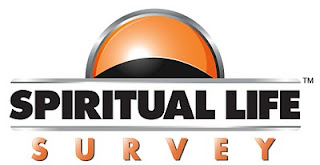 One of Bill Hybels most memorable sayings (or as he calls them Axioms) is "Facts are Friends". So often we run away from the facts, afraid of what they are going to tell us, whereas instead we should embrace them as once we know where where we're at we can begin to make the journey to where we want to be.

So we want as a church community to get the facts on where we're really at, and in that to give everyone a voice. To do that we've signed up to do a survey called Reveal, which was developed by Willow Creek Community Church in Chicago. The survey has been used extensively in the US, but we'll be one of the first churches in the UK to get to do it. It's an online survey which takes about 30-35 minutes to complete and which we'd like as many people as possible to do. You'll be able to do the survey between Saturday 20th February and Friday 5th March.

Nearer to the 20th February I'll send out a link to the survey so that everyone can complete it. Some time after we've all done the survey (I'm not exactly sure how long) I'll get a report back from Willow on how we're doing. I'll then find an opportunity to share that with the whole church (unless it's really bad, in which case I'll set fire to it and pretend it got lost in the post!).

I'll send out more details nearer the time, but just wanted to give you early warning of what I hope is going to be a really exciting opportunity for us all.

Will people who don't use computers be able to do this?

Good question Sue. There isn't any way to complete the survey other than online. We have wondered about having computers in reception on Sunday but given that the survey takes 30-35 minutes that doesn't seem practical. However, if anyone knows of anyone who'd like to do the survey but doesn't have a computer let us know and we'll try to find a way for them to do the survey - possibly midweek using an office computer.