The Power of Hospitality 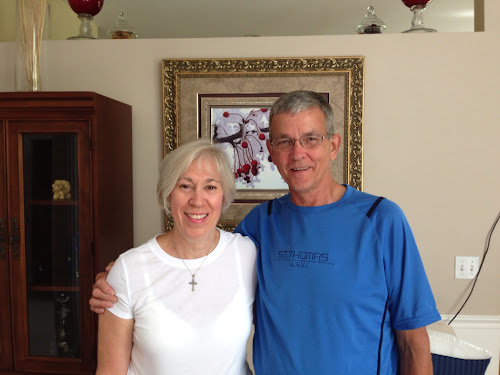 This lovely couple are Mark and Nanci Arnold. I first met them in the summer of 2007 when they opened their fabulous home to host Ben Davies and me as we attended the Global Leadership Summit in Chicago. They were such amazing hosts that every time I go back I always request to stay with them. Every year they have a house full of people (they've got a lot of space in their house!), and many of them have been people we've invited, either from Kerith or from other churches we're linked with. This year it was with Saulius and a bunch of other Lithuanian church leaders.

Every time I'm with Mark and Nanci I'm reminded again of the power of the gift of hospitality. That what they've enabled through opening up and being willing to share their home and their lives with us has not only created an environment where Kerith has been changed, but has done the same for many of the churches we work with. Just as an example Saulius, who we introduced to the Summit and all things Willow, will be running his own GLS in Lithuania for over 800 leaders later this year, and early next year is organising an event for all the Baltic nations where Bill Hybels and John Burke will be speaking. Cool eh!

Let's be inspired to do the same. Maybe you've got a home we could open up to overseas delegates when they come to our conferences. Maybe you could invite people back to our houses for lunch after a Sunday gathering. But even if you can't do those things we can always be willing to walk across the room and say hello to someone visiting Kerith for the first time, or you can do the same to someone who is new in your workplace, school or street. As an example we've got new neighbours who have just moved into our close. Catrina took a card and some flowers round to them to say hello, and the next day the husband turned up at our door with an enormous card and chocolates! We then had a great chat getting to know them - a conversation to be continued.

Mark and Nanci are hoping to come over to the UK in November - hopefully they'll find us to be as hospitable to them as they've been to us!