The Curious Case of the Generous Giver

This Sunday we start a two week series looking at generosity, and why being generous is so important - you may be surprised by the conclusions. It has the potential to be a life changing message, so please plan to be there both weeks if you can - if not be sure to listen to the podcasts.

We're going to be spending the two weeks in these verses which Paul wrote to his young friend Timothy. If you get a chance why not spend some time reading through these verses through before Sunday.

Command those who are rich in this present world not to be arrogant nor to put their hope in wealth, which is so uncertain, but to put their hope in God, who richly provides us with everything for our enjoyment. Command them to do good, to be rich in good deeds, and to be generous and willing to share. In this way they will lay up treasure for themselves as a firm foundation for the coming age, so that they may take hold of the life that is truly life. (1 Timothy 6:17-19 NIVUK)

Posted by Simon Benham at 4:20 PM No comments: 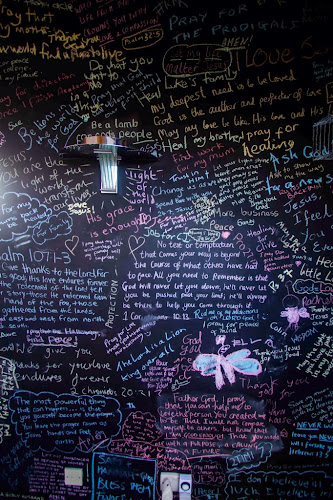 One of the big fears of church leaders (well this one at least) is that somehow we're just gathering a crowd who enjoy being entertained on a Sunday but who have little appetite for God - people who are consumers rather than being consumed by God. That's also one of the accustions sometimes thrown at churches like ours, which probably only adds to my paranoia!

Knowing that you'll understand why I get far more excited about hearing of one changed life in our community than I do getting the stats about how many people turned up on Sunday (important and encouraging as those stats are).

You'll also understand why I've been so thrilled by the response to the prayer room we set up for February. Seeing the desire and thirst for prayer in our community, with hundreds of people booking in to pray, often at totally unsocial hours of the night, has encouraged me in a way few things we've done since I started leading Kerith have. Individuals, small groups, friends, ministry areas, young people, not so young people, all with a heart to seek God and spend time with him. Inspiring.

Lot's of people have been asking what is going to happen beyond the end of February - well the good news is that we're going to keep the prayer room going, at least until the end of June when we'll review it again. We've now opened booking to the end of March, so get in there and book before all the slots go - you can book in here.

Hopefully we'll soon improve the booking system with texts to give you the code to get in as well as the email which I know doesn't work well for eveyone. Until then it's a good excuse to get a smartphone!

ps - the photo at the top is of one of the blackboards in the prayer room - recorded for posterity before at some point it gets cleaned for new thoughts to be added. For anyone who hasn't been in the prayer room the photos below will give you an idea of what you're in for when you book in - thanks to John Mitchell for the pictures and to Lee Layton-Matthews and the gang who initially set up the prayer room. 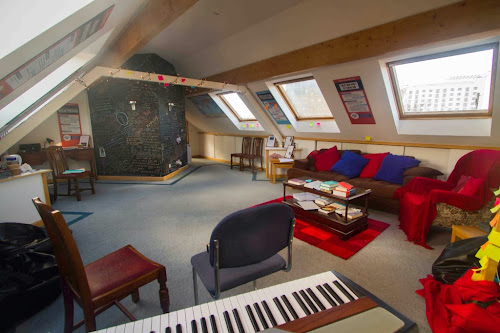 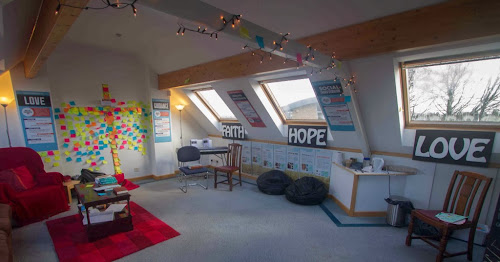 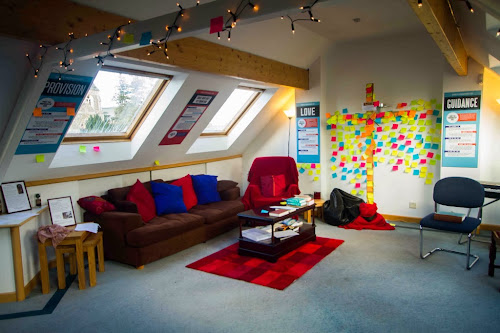 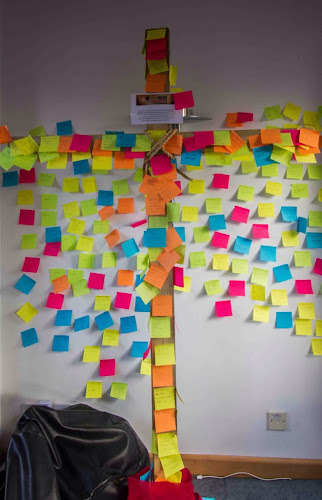 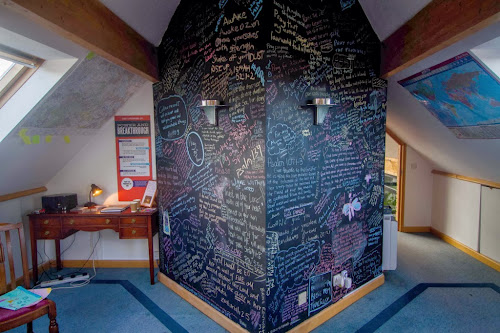 On Wednesday (26th Feb) we're going to be joining from 8-9.30pm with Easthampstead Baptist Church and Warfield Church to pray together. I want to encourage as many Kerith people to come along as possible as this is a great opportunity for us to be kingdom minded in an act of unity as churches in our area.

It's being held at the Kerith Centre - parking there will only be for blue disabled badge holders - we're asking everyone else to park in Charles Square car park, or anywhere else you can find a space! We're going to serve drinks from 7.30pm so please plan to turn up early and mix with others before we get going. 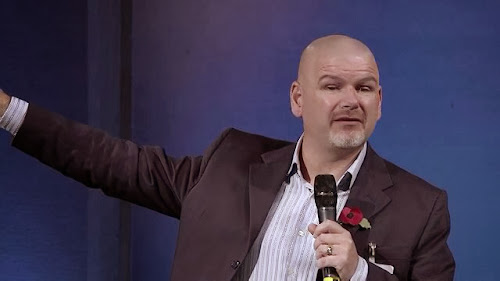 The evening is going to be lead for us by Brian Heasley, the National Director of 24-7 prayer in the UK. A number of our people heard him speak at the National Prison Conference at HTB last year and were very excited when they heard he was coming to us - I take that as a good sign!

Again please plan to come. This is the last of our "all church" prayer meetings in our month of prayer - don't miss the opportunity to gather with Christians from across our area and pray "your kingdom come and your will be done".

ps - people from other churches in the area are very welcome too - just turn up and at some point come and say hello and let me know where you've come from!

Posted by Simon Benham at 2:36 PM No comments:

This Sunday is one of our ever popular Ten Talks Sundays (what used to be called Ten10 until we started a fourth meeting and it became Ten13, which isn't quite so catchy).

If you've never been to one of these then in each meeting different people in our community get to "have a voice" for ten minutes, 3 people in each of the morning meetings and 4 in the evening. This time round they're all going to be speaking on prayer, which is appropriate as we're in a month of prayer!

You might just think this about people "having a go", but what's amazing is how every time we've done it God speaks so clearly through what people bring. Please come along not just to support the people involved, but much more expecting to hear from God and be challenged by Him.

After Sunday our amazing volunteer podcast team will put all the talks up on the internet. Please bear a thought for them as we've been working them very hard recently - with 8 different talks across the last two Sundays in addition to this - as I said they are amazing :)

Posted by Simon Benham at 9:21 AM No comments:

If you are interested in getting involved in our Social Justice Ministries there’s a great opportunity to find out how at a Befriender Information Evening on Monday 24th February at the Kerith Centre 8pm - 9.30pm. We will be explaining a little of what each of the different ministries do and what the opportunities are for you to be involved with, from going out with the team to visit people who have requested help to taking them food shopping or out for coffee. No qualifications or experience are necessary and you can set your own commitment levels. Please call 01344 828805 to book in. If you’re not available on that date we do run courses termly – get in touch on the above number for more info.

This is an event for church leaders and leading volunteers/activists. It is aimed at encouraging and empowering churches to engage with their communities, reach people in need and take advantage of what are some of the unprecedented opportunities which exist at the moment.

As part of the event we will be talking about our experience of working in partnership with organisations such as CAP and I'll talk about some of the lessons I've learnt through leading a church with an in depth community engagement. Cinnamon will also be showcasing a wide range of projects which churches can take up, as well as detailing some of the funding that is available to get them started.

It should be a really interesting morning. If you're interested in attending this event, or any one of a number of similar events being held across the UK, you can register for free here.

Posted by Simon Benham at 4:50 PM No comments: 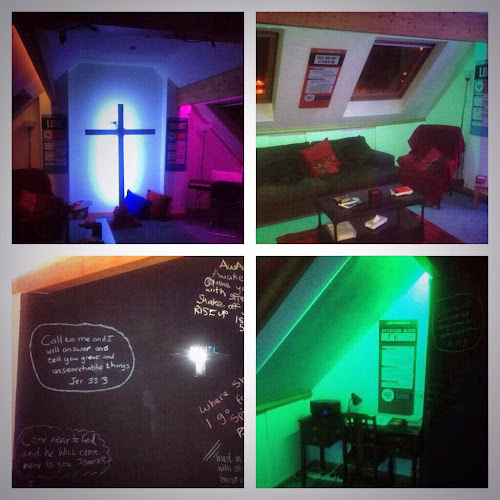 Even just a few days in there seems to have been a great response to our new 24-7 prayer room. Both the number of people praying and the feedback on how the room itself is inspiring and facilitating prayer is so exciting to hear. I was in there this morning with the finance prayer meeting which worked so well in the new space - it was also great to get to say hi to Leon Johnson who had the slot before us and Steve Tickner who was after us - you never know who you're going to meet!

Some of the things I love about the room are:

Huge thanks to Lee Layton-Matthews and his team who created this amazing space for us (and for the photos).

For those who used the prayer room over the first couple of days you'll be pleased to know there's now an improved entrance system with a keypad rather than having to get a key. You'll be emailed the code for the keypad an hour before you pray. Thanks to our site services team for making that happen.

If you haven't made it there I encourage you to either book a slot on your own, or join others in a shared slot - you can book online here. For those who have already been there then let's keep on making use of it and just see what God will do as we cry out to him. Already last Sunday we had 6 people making first time commitments - that's a great start!

Posted by Simon Benham at 3:37 PM No comments: 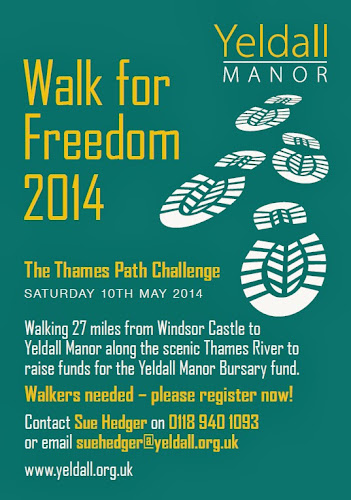 Andy Partington has asked me to let you know that Yeldall Manor are now recruiting walkers for their Walk for Freedom, which will take place on 10th May and will follow a 27-mile route along the Thames Path from Windsor Castle to Yeldall Manor.

The walk is to raise money for the Good Samaritan Bursary Fund, which helps those men who cannot otherwise obtain funding to access Yeldall’s life-changing rehabilitation programmes. Last year a team of 40 people raised £20,000 and we’re looking to double that this year!

If you’re up for getting involved, contact suehedger@yeldall.org.uk (and why not consider recruiting friends, family or your Life Group to join you).

If you’d like to know more, speak with Andy or have a word with John Stone, Catherine Barrett or Terry Pocock who took part in last year’s walk.

For all the details see the attached flyer.

Posted by Simon Benham at 5:00 PM No comments: