Reflections on Life in Iraq - #2

Ralph, part of our Kerith community, spent time working with Tearfund in Iraq last year. This is the second of three reflections he's written on life there, imagining that the crisis was happening in Bracknell. 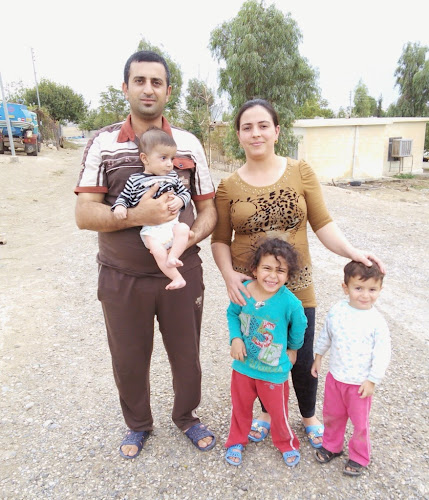 Last summer millions of Iraqi’s fled as ISIS terrorists threatened them. Tearfund supporters prayed and gave generously to help those who lost everything. Many Iraqi communities have a long history of violence against Christians. What was it like being part of a Christian community as people fled to you for help?

Life in a crisis: the servant’s story

What is it like when the population doubles overnight? Imagine you have another family living in your house – as well as your own family – and you have no idea when they will go! Everyone has people in their home and nobody is leaving – they have nowhere to go, they can’t go back as the rebels are so brutal.

Imagine. There aren’t enough homes for all those displaced, so all the schools became huge dormitories with washing drying on the fences. Services at Kerith are difficult, as the serving team has to clear up first after the families living there. The cricket club has washing drying on the boundary. Work on Bracknell’s new flats has stopped, people squat on every floor, even though there are no walls. Someone fell off recently. Tarpaulin tents are in every park and the bushes stink – let’s not go there!

To start with your kids had a great time, making many new friends, as the school term was cancelled. Now they have too much time on their hands. You’re a bit concerned as your teenagers are getting on too well with some of the new arrivals.

Having so many strangers wandering the streets is unnerving. At least the petty thieving has been clamped down on. Are some of them rebels, just waiting to denounce those they don’t like? You’ve heard a local house was raided last night, they found three wounded rebels.

Work? Your job seems secure, although some bosses have emigrated for safety. There isn’t much money being spent. Everyone is being very careful. Teachers, nurses, doctors and council workers have not been paid recently. The government says it has a war on and promises vaguely to do something next month. Almost everyone gets food hand-outs, of dried and preserved food, but fresh food is expensive. Outings and holiday plans have long been forgotten.

And waiting lists for everything medical! Many newcomers were in pretty bad shape, so the workload more than doubled overnight.

Generally, though, everyone has just mucked in and helped. You remember grimly what it was like under the old regime, when the army bulldozed everything in sight. This time, although the local population has doubled at least your house is still standing. That’s something to be grateful for!

In Iraq local government and UNHCR hold co-ordination meetings with NGO’s like Tearfund to share responsibility for immediate needs like housing, food, health, schooling, and security. However, some things can only be done by NGO’s like Tearfund. For example, Tearfund is sponsoring the training of local pastors – who are few and far between – in trauma counselling, to meet a huge but largely hidden need.