Reflections on Life in Iraq - #3

Ralph, part of our Kerith community, spent time working with Tearfund in Iraq last year. This is the third of three reflections he's written on life there, imagining that the crisis was happening in Bracknell. 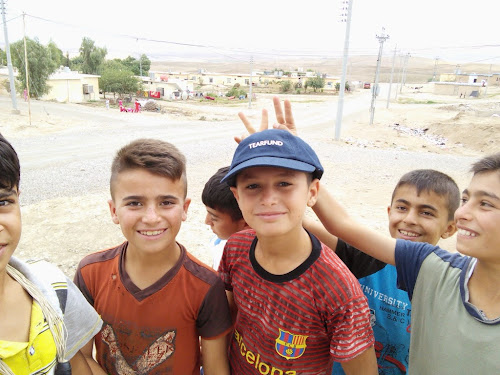 Last summer millions of Iraqi’s fled from ISIS terrorists, many going to Christian areas for help. Many Iraqi communities have a long history of violence against Christians. What was it like being part of a Christian community as people fled to you for help? To put this another way, what would ‘We are Kerith’ mean in a crisis?

Life in a crisis: the church’s story

Life at Kerith has been very challenging recently. Everything normal got cancelled when it was gridlock on the roads with people fleeing for their lives. Some of us in walking distance were press-ganged into carrying water out to help. The doctor’s surgery stayed open, to treat emergency patients, and suddenly the cricket pitch was covered in cars.

The council asked if families with children under the age of ten could sleep in the auditorium. ‘Well, yes, we think we can cope with 100 people’. We ended up with 497, including the baby born in the Studio. Now we just take new arrivals, for three days maximum, while the council finds them a tent. Foodbank was raided and all three kitchens made soup, endlessly. The queue stretched to the college, everyone was so patient.

Meanwhile some of us offered our homes. The most anyone had was about 20 sleeping on the floor! 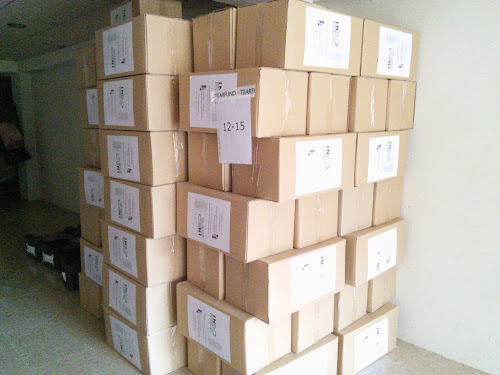 Fortunately the Red Cross organised food parcels through the Foodbank, so nobody went hungry. This was essential, not because the shops were empty, but because with no income, and the collapse of the social security system, and existing debts, few could afford to buy food.

Now, if you’re a Smith you collect your food box from the Kerith Centre car park at 0942 the third Thursday of the month. Bring your triple stamped coupon!

K2 has become an overflow clinic upstairs, with a pharmacy downstairs that regularly runs out. Second hand clothing, donated from abroad, is also sorted downstairs. The government asked donors not to send second hand stuff, and yet it keeps coming. It’s an organisational nightmare that needs more volunteers than we have. We need some washer dryers to clean donated clothes, but we don’t have the money. Those with nothing are grateful – most fled without a change of clothing - but really, people need money for new clothes.

Worship meetings restarted after two weeks, once alternative accommodation was found. Some of the influx joined us, they had nothing else to do. Others came because they had never been near a church before, and were overwhelmed by the help they received.

Nobody knows how many midweek groups there are any more. Many people just meet up, anywhere, for support, read the bible, and pray.

And life at home? Well, nobody has much money. We’ve all got a lot more friends, we watch less TV. We’re used to the helicopters going to the front at daylight, and coming back at nightfall. We pray like mad whenever one shoots over at lunchtime, taking a wounded soldier to hospital.

Bangs? We still get a few, but really, we’re used to them now. We’re adjusting to the new normal.

The local church in Iraq is much smaller as so many Christians have left after repeated persecution. And yet when people fled, they went first to the Christian villages, and churches, where they knew they would find help. The issues here are based on what they have faced since last summer.

One Tearfund partner has many of the problems faced by K2, described above. They have continual, ongoing needs, probably ten times what they usually face. Donations in kind mean they have big problems with systems – and finding working capital. And yet they somehow cope, as Christ’s ambassadors.