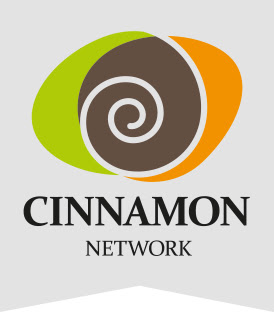 In November we had what we called our 'Generous' Gift Days, where the goal was to raise £100,000 to be given away locally, nationally and internationally. We actually raised just over £48,000, to which we've added around £12,000 which we'd budgeted to give away in 2015 but in the end, mainly because of timing issues, we didn't actually give away. That gives a total of just over £60,000 to give away - how exciting!

Nationally we chose to partner with Cinnamon Network, a brilliant organisation we've been connected with for quite some time now. Their aim is to make it as easy as possible for churches to help those most at need in their local community. They do this by promoting a wide range of different social justice initiatives, some of which we'll be familiar with and some which I suspect will be new to us.

Churches choosing to launch one of the projects will receive a grant of £2,000, which the church has to match, to help get the project up and running. They will also get training and other support to help make the projects a success. We received a £2,000 grant to help us set up our CAP Job Club. It's great to now be in a position to help other churches around the UK to set up their own projects.

It's obviously going to be a while before we hear the details of the actual projects which have been set up as a result of our gift of £25,000, but when we do we'll be sure to pass that information on as I'm sure it will be very encouraging. In the meantime I've included a copy of the thank you letter from Cinnamon below. 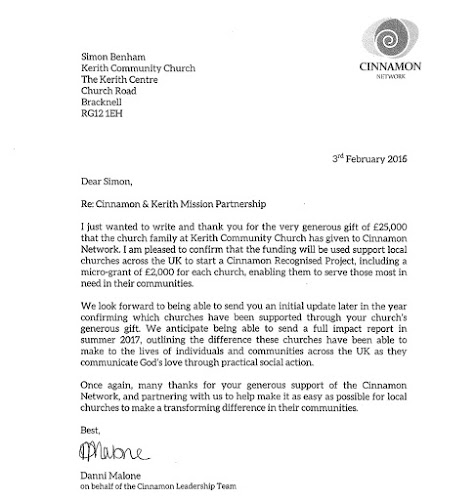