Better by Half and a New Series 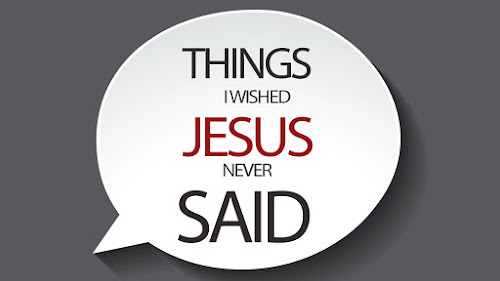 Don't forget that from this Sunday our morning meetings are starting at 9.30am and 11.30am (Bracknell) and 10.30am (Sandhurst). If you forget then you'll have more time to chat to people before the meeting, or for some you'll just be there on time! The evening gathering in Bracknell is still starting at 6pm.

There are some things in the Bible which I find it very easy to accept. That God loves me, that he wants to forgive me, that he chose me, that he's got good plans for me. I have no problem with those things.

Yet there are other things the Bible says, and which in particular Jesus says, which can seem very uncomfortable. What he has to say about hell and judgement, about persecution, his instruction to die to myself and take up my cross. When we read those we might wish that Jesus never said them, that he just focussed on the 'nice' things he had to say. But I believe that properly understood even the things that seem hard speak to us of the love of a good God, who wants nothing but the best for his creation. That's why we've called this series things I wished Jesus never said, because I do believe that when we understand why Jesus said the things he said, then we will actually be thankful for them.

We start this Sunday looking at heaven and hell in all three meetings in Bracknell, and Jesus call to obedience in Sandhurst, then next Sunday we'll swap - other than at the 6pm on the 18th September when Canon Andrew White will be speaking.

Three other dates for your diary:

I hope you've had a great week - especially those feeling the impact of the start of a new school year. I've been on retreat the last 3 days in Oxford which has been incredibly refreshing. I feel so privileged to be part of a community that releases me to do this - my prayer is that all of us would find the space in our busy lives to connect with God in meaningful, live giving ways.

Hope to see you Sunday,