As part of our Generosity series I spoke about borrowing and saving (you can find the audio of that talk here and the video here).

In that I encouraged people not to take on large mortgages or other financial commitments (or if you have a big mortgage pay it off as quickly as possible), as although you might be able to afford the repayments it can stop you responding to God if you feel him calling you to do something which is going to pay a significantly lower salary. Subsequent to that talk Ralph Allen, who is part of our Bracknell site, contacted me to say what I'd said really resonated with his life story, so I asked him to share it.

I hope you enjoy reading it! 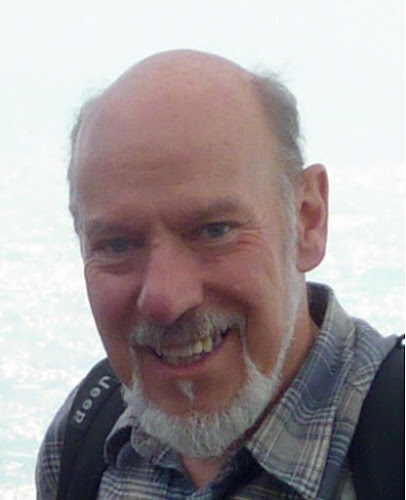 I have found that much of my walk with God can be recognized in hindsight. This is certainly true of my professional career as an architect and Simon’s recent comments on finance struck a chord. Let me explain.

Lilian, my wife, and I together with our eldest son moved from Lancashire to Bracknell some 40 years ago and in September of 1976 we found ourselves attending Sunday morning worship at Bracknell Baptist Church (now Kerith Community Church). This was somewhat against my better judgment, as I had previously met Ben Davies, the then senior pastor. Our roots are in Methodism and, although Ben and I got on really well, I concluded that theologically we were worlds apart! Indeed following my initial meeting with Ben, I went home and told Lilian that if there was one church in Bracknell that we would never attend it would be Bracknell Baptist Church. God must have had a smile on His face.

My fears were further realized when chatting with one of the church members, Frank Brooks, after the meeting he asked what I did for a living. Having explained that I was an architect, he responded by saying that he was certain God had sent me to the church. Really - I certainly didn’t recognize this at the time.

However some two years later I had a phone call that was to significantly change the direction of my career. This led in 1980 to me becoming a partner in a large national practice of architects and surveyors with offices in Liverpool, Manchester and London. This was quite amazing, I was still relatively young (!) and here I was, one of thirteen partners with a staff of one hundred and twenty, in a practice that had been established well in excess of one hundred years, with a significant fee income. Prospects looked good - security for the considerable future plus a significant increase in income. As I reflected on this I began to wonder if this was indeed part of God’s plan for my life.

Events were to develop which made this a certainty. In the early 80’s Bracknell Baptist Church had outgrown their building (on the site of K2) and began actively looking for land in the town centre on which to build. The preferred site was a piece of land on Church Road opposite the existing building, owned by the New Towns Commission. As negotiations progressed the church needed an architect and I was fortunate that my practice was appointed. This was to be the largest church building constructed in the UK for many years.

However it took some years to finally acquire the land and during that time the practice expanded further and my role changed from designing buildings to managing staff and looking after clients. This caused some frustration – here was a job that I enjoyed very much but on the other hand a project that by now I was certain God had indeed brought me Bracknell to be involved in the new building. One late Monday evening I was driving back from a partners meeting in Liverpool, half thinking and half praying about the dilemma. Then it became clear to me that if God had indeed brought me here for “such a time as this” I needed to resign from the partnership and concentrate on the design of the building, now known as the Kerith Centre. Following discussion with the church leadership, this is what happened and with the help of Lilian, Allen Associates Architects was established in January 1988. We had absolutely no idea what would happen after completion of the building.

Now back to 1980 and in particular our finances. Having been made a partner in the practice, it did not take long for me to recognize that my partner’s lifestyle was significantly different to ours. They had large houses, in some cases second homes, and without exception their children attended private schools. Guess what, we started to think along similar lines. We now had two boys and we visited a number of private schools. We were considering moving and looked at houses that were much larger than the house we eventually moved in to. Now I am not suggesting that there is anything at all wrong with spending money that you have on large houses or private education, but I can only explain that for us we were uncomfortable about the long term financial commitments and, again in hindsight, I believe that this was God’s prompting. For if we had been committed to a large mortgage and significant school fees, I don’t think I could have left the partnership and all of the financial uncertainty associated with this decision, and followed the course that God clearly had mapped out for me. However we did spend some surplus money on one of my interests– classic cars and we did holiday abroad for the first time.

What followed was equally amazing. After the completion of the Kerith Centre in 1989, God provided an increasing number of church projects, like-minded staff and offices. Even my son Scott became an architect so that I can now reduce my involvement in the practice!

Over the years we have been involved in many exciting church building projects across the denominations, and have seen God move in most amazing ways. What better career than to enjoy what I still enjoy doing and use the abilities God has given me to serve His church. I am so grateful for His intervention in our lives and for His provision

We still live in the same house. The boys went to Easthampsted School and now both have good careers. I still design church buildings and play with classic cars!