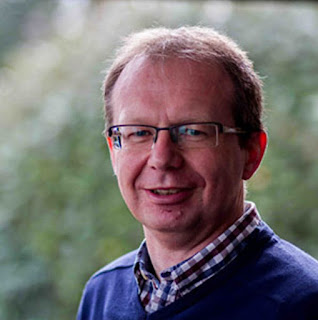 If you were around on Sunday morning you’ll have heard that Andy Jackson is going to be leaving the staff team at the end of this year, after 11 years on staff overseeing all of our social justice.

Our church has always had a social justice stream running through it, with over the years everything from prison ministry to food distribution to supporting families with children with special needs. But under Andy’s gentle but focused leadership the stream has becoming something of a flood plain! It started with Andy being our first CAP debt centre manager in 2006, but has then expanded to include Foodbank, Job Club, Life Skills, Addiction Recovery, working with the homeless, caring for ex offenders, early years intervention and much more. It would be no exaggeration to say that Andy’s leadership has transformed our church, and made us a church many others look to when they want to launch or enhance their own social justice ministries.

Andy has also been responsible for overseeing and developing many of our partnerships with CAP, Tearfund, Hope for Justice, TLG and others. If all that wasn’t enough Andy has also had a huge input to our safeguarding team, making sure all the children and vulnerable adults accessing Kerith are kept safe. He has also plated a big part in helping people within Kerith looking to set up their own charities such as Create Hope, Novō and Tehila.

Words cannot begins to express how grateful I am to God for Andy and the gift of having him alongside me in the ten years I’ve been leading Kerith. He has been amazing, and I’m going to deeply miss having him around for his wisdom, insight, leadership, encouragement and continual reminder of God’s heart for the poor and marginalised.

So why is Andy leaving the staff team - that’s a questions I’ve been asking too! Well about 18 months ago Andy felt God speaking to him that he had a fresh challenge for him. That sense has only grown over time, to the point where it seemed (to user a Biblical analogy) that Andy needed to step out of the boat if he was going to walk on water and access the new thing God has for him. So that’s what he’s doing - a huge step of faith which I applaud him for.

Please join with me in thanking God for Andy, and for praying for the door to the next thing to swing open sooner rather than later! He has a number of open job applications - my prayer is for a role where he will be even more fruitful that he’s been in Kerith, and selfishly where he and his wonderful wife Janine can stay as part of our church community.

We’re going to have a celebration next Tuesday (21st November), starting at 7pm in the Kerith Centre auditorium, to thank Andy for all he has done and celebrate all that God has done through him. Everyone is invited - if you are coming please can you sign up here so we have some idea of numbers. It’s a bring and share dinner, so if you’re able to please bring some food along, although if you can’t I’m sure there will be enough for everyone! Just go easy on the quiche :)

Hope to see you there on Tuesday, but if you can’t make it and know Andy why not send him a message expressing your gratitude for all he’s done - I know he’ll appreciate it.