The day I applauded too 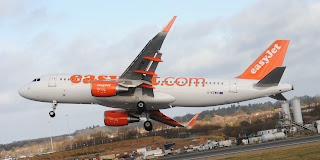 I remember the first time I was on a flight where people applauded when the plane landed. It was going to Poland about 12 years ago, and I must admit that I remember feeling a bit superior about it. Why applaud? What did they expect to happen? Planes take off and planes land, why would anyone think landing was an event worth celebrating when it happens thousands of times a day all around the world. I would never be one of those people who applauded something so mundane.

So it has continued over the years. Lots of flights, lots of applause, but never me.

That was until this Monday. I was on an EasyJet flight into Lisbon. There was a big storm over the city, and as we approached the airport the plane was bouncing around all over the place. I had a window seat, so could see what was happening as we came into land. One moment we were over the runway, the next moment we were off to one side or the other. That was until about 50 feet from the ground, where the pilot decided it wasn’t going to happen and aborted the landing. We rapidly accelerated back up into the air.

Everyone was very calm, but suddenly landing didn’t seem like the formality I’d always assumed it was! We climbed round in a big circle and around 10 minutes later came in to try again. Once again the plane was all over the place, and just before we touched the ground I’m sure the plane was pointing more across the runway than along it. But the pilot executed one of the smoothest landings I’ve ever experienced, and once all the wheels touched the ground everyone applauded. And I applauded too.

One of my daily disciplines is to try to pray what we call the Lord’s Prayer every day. Not in the rote way I did at school where the aim was just to get through it as quickly as possible, but slowly and thoughtfully, pausing over every phrase and even individual words. Almost every time I do it one part of the prayer will particularly resonate with me, and I’ll stop and spend time there. Reflecting, meditating, thanking, talking to God and listening to what he might be saying. Who knew you could have a deep encounter with God simply reflecting on the word “our”!

Well on Tuesday morning I got stuck in the phrase “Give us this day our daily bread”. Such a simple phrase which I must have prayed thousands of times before, yet on Tuesday it took on a whole new significance. Reflecting on all the things in life which I take for granted, but each of which is a miracle of God’s provision to be grateful for, to be applauded. Planes landing, a roof over my head, a bed to sleep in, clothes to wear, food to eat, water to drink and wash in, my family, my friends. The list goes on and on.

So from now on I’ll be applauding in a fresh way. Applauding the things I take for granted. Grateful, thankful and humbled by the God who day after day pours out a grace I haven’t earned and I don’t deserve. And all of that before I get anywhere near Jesus!