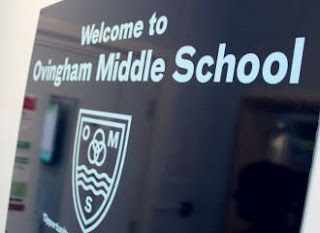 In a recent preach I spoke briefly about being bullied as a child. Lots of people commented on it afterwards, so I thought I’d write some more in the hope it might be helpful.

Most of my childhood was pretty idyllic. Some really good friends, the beauty and wide open spaces of Northumberland, goalkeeper in the school football team (the only one in the team not wearing black and white), scouts outings where we’d be left to fend on our own for several days (including one memorable trip camping illegally on Holy Island), sledging on the hills behind our house and much more.

But one particular season stands out in stark contrast to all of that, which was being bullied for the four years I was in Middle School (what in today’s system would be years 5 to 8).

If I’m honest I’d almost managed to forget about it. It was after all over 40 years ago!  However, a comment Catrina (my wife) made a few months ago caused me to think about it again. She noted that whenever we were coming up with an idea for a day out, if I came up with the idea I’d be happy, but if she came up with the idea I’d often be grumpy about it, and would struggle to fully enter in to whatever it was she had suggested (I know you all find that impossible to believe about me, but you need to know it’s totally true!).

The more I thought and prayed about Catrina’s observation, the more I realised the root of my behaviour was at least in part being bullied as a child. There was one particular boy who was responsible for pretty much all the bullying I experienced. Part of the bullying was that he got me to do things I didn’t want to do. Sometimes it was giving him my dinner money or letting him copy my homework. Other times it was being pushed, hit, or humiliated by him in front of my friends.

Let me say before I go any further that bullying is wrong, whatever age you are and wherever it happens, whether in school, work, in a relationship or anywhere else. If you are being bullied please find someone you can open up to about it. Until about two weeks ago I’d never told anyone about what happened to me at school (I never spoke to my parents or any teachers, and I guess my friends were just pleased it wasn’t happening to them). Please don’t make the same mistake. Confide in someone you trust right now, as the beginning of your journey to safety and freedom.

Reflecting on Catrina’s observation made me realise that being bullied, and being made to do things I didn’t want to do, means that I now have a violent internal reaction if I feel anyone is trying to control me. I realise that all through my life it has manifested itself in lots of different ways. In church if I get an email from someone suggesting we do something differently (even if it’s an entirely sensible suggestion), I will often feel it. If I’m in a shop and someone tries to sell me something, I feel it. And when Catrina comes up with an idea for a day out, I feel it too!

It was Pete Scazzero who first woke me up to how much our past (and our family of origin) shapes who we are today. His observation that “Jesus may be in your heart, but Grandpa is still in your bones” is one I reflect on often. The good news is that once we can see how our past is shaping our present, then we’re in a position to begin to invite Jesus both to begin to heal our brokenness, where necessary take us on a journey of forgiveness, and to do the miracle he so often does of actually using it for his glory and the benefit of others.

The negative for me from being bullied is the struggle I have if I feel someone is trying to control me, even if they aren’t, and like Catrina they actually have both better ideas than mine and my own best interests at heart. I’m now much more aware of that happening, and I’m inviting Jesus into that space to begin to heal it. I’m a work in progress but it’s going OK so far! Please be patient with me along the way. I also realise that being bullied made an already shy child even more nervous in big social gatherings, especially with people I don’t know. That too is still a big work in progress, although I’m getting braver!

But I’ve also come to realise that surprisingly there are positive outcomes to my being bullied, and the resulting fear of being controlled, one of which is that I love to create situations where other people can flourish. In some ways I love creating the reverse environment to the one that was created for me in Middle School, where rather than controlling people I want to do all I can to release and empower them. Catrina and I recently went to see that film “A Star is Born”. I cried lots, but not at the bit most people cry at which is towards the end. For me the hugely emotional moment was when the character played by Bradley Cooper first creates a space for Lady Gaga’s character to shine. I want to give my whole life to creating that sort of space for others (although probably not through song!). I don’t think I’d be like that without my experience as a child, so in a very real sense I’m grateful for what I went through. That may sound strange but it’s true.

I don’t know what your brokenness is. We all have some, although yours will be different to mine, and I realise that many of you will have been through far worse things than I experienced. What I do know that if we bring it to Jesus he can not only heal us, but like Joseph observes in the Old Testament, He can take what others intended for evil and use it for good.

I hope in some way, shape or form that this was helpful for someone! If it was I’d love to know how, and if you feel able hear your story too. 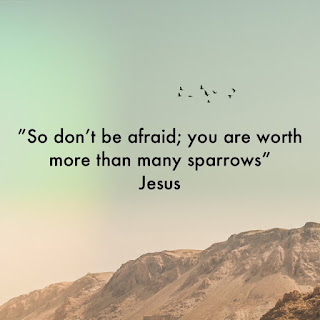 On Sunday we’re going to announce the total giving from our October Vision Fund Gift Days. I wanted to send a final encouragement to anyone who would like to give but hasn’t yet done so to get your giving in this week so it can be included in the total.

As an aside we would normally have looked to let everyone know the total more quickly, but our brilliant finance team headed, up by Mike Webber-Gant, have been changing over to use a new cloud based accounting package called Xero. This will considerably enhance our ability to monitor and control our finances, including allowing us to much more easily track income and expenditure on each of our sites, but has also entailed a load of extra work in the set up phase which have taken the team away from other tasks.

The money we’re raising will give us the resources we need to move forward on all four of our sites. If you’d like to give then you can find details on how to do that here. It would also be really helpful if you could send an email to the finance team to let them know what you’ve given (and if your gift can be gift aided) so it can be included in the total.

Finally to say a huge thank you to everyone who gives into the life of our community, whether that giving is in terms of finances, time, wisdom or any of the many other ways people sow so generously sow into Kerith. As a result of your giving Jesus is being exalted, the kingdom of God is growing and you are storing up treasure in heaven in lives transformed by the gospel.

Posted by Simon Benham at 12:03 PM No comments: