Decluttering our lives of Fear, Anxiery and Worry 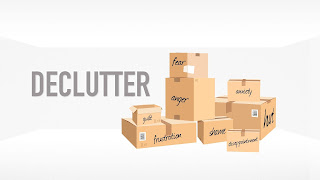 On Sunday we had the final week of our Declutter series. I know from the feedback that lots of people have found it a really helpful series - you can find the podcasts for all the talks here. If you missed any of them I’d really encourage you to go back and listen to the ones you missed.

This final week we looked at dealing with Fear, Worry and Anxiety. You’ve got the choice of two different versions of the talk, one from me and one from my wife Catrina.

As part of the talk we showed a video about the two different pathways which exist in our brain when we experience fear and worry. This was teaching I first heard last year, and which I’ve found hugely helpful as I’ve reflected on dealing with my own anxieties. I hope you find it similarly helpful.

Simon
Posted by Simon Benham at 10:01 AM No comments:

Could you lead a small group for a term? 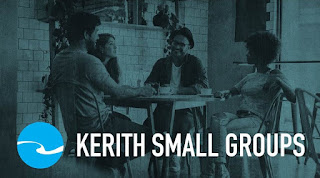 At the end of 2018 I had one of those ‘aha’ moments as a leader where you know you need to help facilitate something changing. I was at one of our “New to Kerith” lunches on our Bracknell site where once a term we invite all the people who have visited Kerith for the first time and filled out one of the “Connect with us” cards for lunch after the 11.30am meeting.

There were around 50 new people, which was great, but as I went round chatting to them I heard the same comment again and again. They’d tried to join a small group in order to build deeper friendships within Kerith, but either hadn’t been able to find a group that worked for them, or had contacted a number of existing groups which were all full.

The reality is that we’ve got a set of brilliant small groups in Kerith, with some amazing leaders, but we simply don’t have enough of them. One of the main reasons for this is that people haven’t wanted to sign up to lead a small group because historically it has been an open ended commitment with no foreseeable end!

We’ve therefore decided to try a new way of running small groups with groups which run for a term, where the leader is free (within limits) to choose what the group does over the term. We’re going to launch the new structure in Bracknell after Easter, as that’s where we’ve got the greatest need, although if you’re based at one of our other sites then please speak to your site pastor as they may be able to get you up and running before the official launch on your site. For more details take a listen to our recent Bracknell site vision night.

You can read more details about what is involved in leading a group and register your interest here. Please take a look and consider giving it a go! Both I, and all those people in Kerith looking for a small group, will be very grateful! If you’re going to lead a group after Easter it would be really helpful if you could register by this Sunday to give us time to process the applications ready to launch groups after Easter so do it quickly :)

Simon
Posted by Simon Benham at 9:25 PM No comments:

Dr. Lucy Peppiatt with us this Sunday 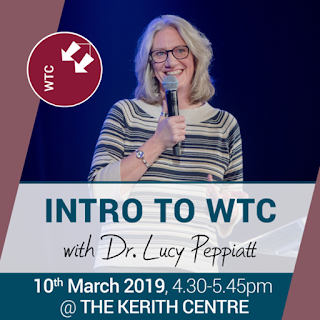 On Sunday Dr. Lucy Peppiatt, the Principal of Westminster Theological Centre (WTC), is going to be speaking with us at all our meetings in Bracknell and Sandhurst (Kerith Windsor will hear her a week later on Sunday 17th March).

From September we are going to be hosting a WTC hub in Bracknell, which will allow anyone on a part time basis to study theology at a every level from a Certificate in Higher Education all the way through to a Masters Degree. I’m passionate that as a community we become better equipped theologically, and my hope is that a number of of us will take this opportunity to deepen our understanding of the Bible and how to apply it. We also want to offer these courses as a resource to other local churches.

As an aside we’re also going to relaunch what used to be called Invest, which will be a two year theology course run termly on a Monday evening which academically will be closer to GCSE level. This will be accredited by Moorlands Bible College, and I hope will be a great route to a whole load of us getting better equipped theologically. More details on this coming soon.

On Sunday we’re hosting an open afternoon at 4.30pm in K2 on our Bracknell site where leaders from other churches can come along, meet Lucy and hear more about WTC. If you know any leaders of other local churches please pass this invite to them. However, it struck me that as well as for leaders of other churches it might also be a very helpful afternoon for anyone in our community who thinks they might want to get a qualification with WTC and would like to hear me, so if that’s you please consider yourself invited! If you can register in advance that would be helpful, but if not just turn up.

We’ll be talking more about all of this over the coming months, including at the Bracknell and Windsor vision nights next Tuesday and Wednesday nights respectively.

Simon
Posted by Simon Benham at 5:17 PM No comments: