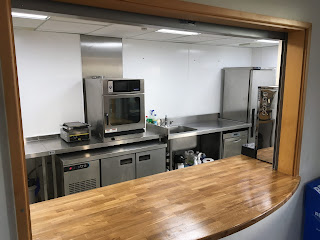 This week marked the 30th anniversary of the opening of the Kerith Centre. One of the comments visitors frequently make when I tell them the age of the building is that they thought it was new. That is in large part because of the design of the building and the quality of the materials used, but it also reflects the large amount of money we have spent over the years on both maintenance and where required the updating of the building. In the light of that I wanted to let you know about some of the ways we are continuing to develop our other buildings and sites.

The picture above is of the new kitchen in the K2 building on our Bracknell site. We were donated most of the equipment by a company who no longer needed it, saving us around £20,000. As well as installing the equipment we also took the opportunity to put a surface on the walls which is easy to wipe down, install a new wooden serving area and generally make the kitchen much more useable. The new kitchen is already making a huge difference to our social justice cafe which runs on a Tuesday and Friday, and I'm sure will prove useful for many of the other events which happen in K2.

Many of you will know that for a long time we've been trying to buy a strip of land down the side of K2 from the Bracknell Cricket Club. They have now decided that they don't want to sell the land to us. Although this is a shame, it is far less important to us since we made the decision a couple of years ago not to redevelop the K2 building, as that piece of land could have been crucial. The positive side of this decision is that we were waiting to know whether we could buy the land before moving ahead with building a walkway through to the Bracknell and Wokingham College car park which we use on a Sunday. The walkway will both reduce the time taken to walk from the car park to our site, and mean that children no longer have to walk along the busy dual carriageway which has always scared me. The college have agreed to us doing this, but have asked that we do the work in one of their breaks which hopefully will mean it being built during the spring 2020 half term.

Our Windsor site has seen rapid growth since we started meeting there every Sunday in September 2018. It has grown from an initial group of about 40 people to an average Sunday attendance of well over 100, which is really exciting. One consequence of that is that we have completely run out of space for kids work. To provide more space we have applied for planning permission to put a portakabin on the site of the hall which we rent, which has recently been granted. We hope to have the portakabin in place for early next year, creating space for the growth to continue.

We are also going to upgrade the toilets in the hall on our Windsor site, which at the moment let it down really badly. If you've ever been in them you'll know how much this needs doing!

One of our biggest challenges as we move forward is going to be finding spaces to do ministry in. Solving this problem is going to require a mixture of renting buildings, buying and building new buildings, and maintaining and improving our existing buildings. That will require a big vision, prayer for wisdom, breakthrough and favour, and sacrificial giving. All things that are part of our history and are also going to be part of our future.

Finally to say a big thank you to all who have given to the vision fund, which has allowed us to do all the things I've talked about here. You have stored up treasure in heaven in the lives that are going to be transformed in each of these spaces.

I'll finish with a few more pictures of the new K2 kitchen! 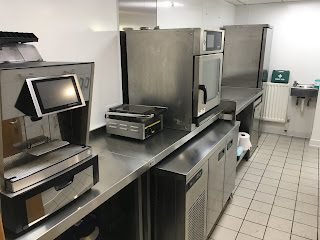 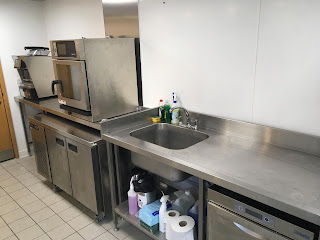 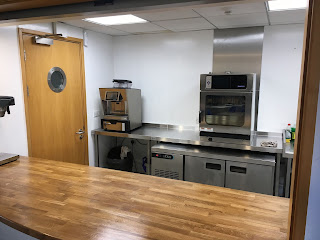 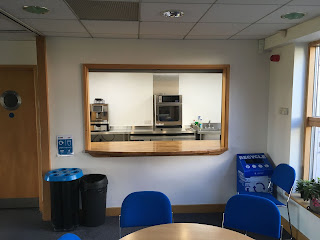