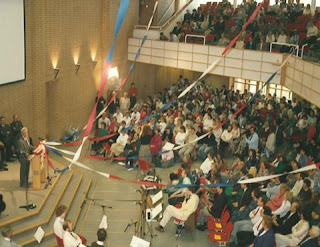 Thirty years ago today (19th November 1989) the Kerith Centre on our Bracknell site was opened at a total cost of £3.1 million, 98% of which came from the congregation. On that opening day Catrina and I had been part of the church for about 10 months, and had the privilege of sitting in the balcony joining in the celebration. 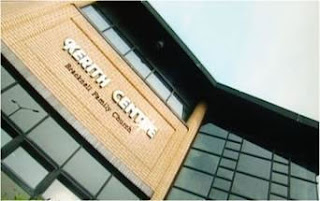 The name “Kerith” came from a story told in 1 Kings 17:1-6 in the Bible where God miraculously provided for Elijah in the Kerith ravine.  It was chosen to represent God’s miraculous provision of money to build the Kerith centre, and the vision of the church that the building would be a place of provision for all who came in.

For a congregation of 400 people to build the Kerith Centre at such a cost, at a time of recession, was remarkable.  People double tithed for years, came to early morning and all-night prayer meetings, gave on monthly gift days, raised money at table top sales, gave up holidays – they had a vision for a building that would impact the town, the nation and the nations for generations to come. A bank loan was needed to pay the final construction costs, but within four years, in November 1993, the loan was paid off.  The church was debt free!

But it wasn't just the raising of the money that was remarkable. The Kerith Centre was built at a time when it was pretty much unheard of for UK churches to build new buildings. The perceived wisdom at the time was that large churches should break down into smaller congregations, meeting in schools or community centres, and that large church buildings were a thing of the past. Ben Davies, our senior pastor from 1964 to 2007, had a different vision which came from visiting large churches in the USA. He knew that he had heard from God, and had the courage and faith to lead the church into this amazing project. It was so revolutionary that I remember that for the first few weeks of moving in we had a different TV company filming each week, including BBC, ITV and Sky. It was always interesting to have friends and family contact you the week after to say they'd seen you worshipping on TV! Praise God we now live in an age where churches opening new buildings is commonplace. 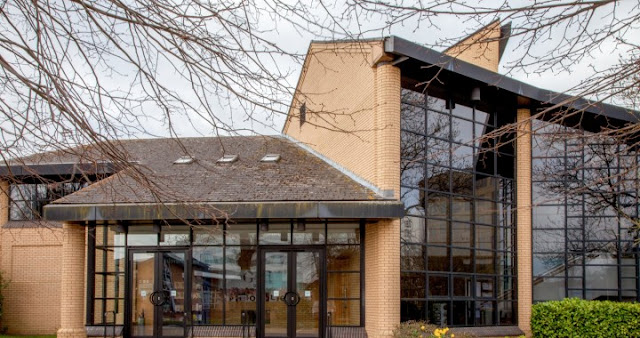 I've just come back from the Kerith Centre where I've been at an all day training event attended by church leaders from the south of England and Germany. Foodbank was running in the building during the day, while our addiction recovery group and our Equip theology course were meeting tonight. Those who gave so sacrificially to pay for the Kerith Centre had a vision that they were investing for a future they couldn't imagine, and in people they would never meet. That has certainly proved to be true as I reflect on all the events we have run and lives which have been transformed in the Kerith Centre over the last 30 years. Sunday meetings, Prayer meetings, Alpha Courses, Marriage Courses, Willow Creek Conferences, Real conferences, Foodbank, Friday night youth, Songs of Praise, CAP Debt Counselling, Carol Concerts, Baptisms, Royal visits, Sparklers parent and toddler group, Who Let the Dads Out and so much more. Countless thousands of lives have been transformed and will continue to be transformed at events held in the Kerith Centre. 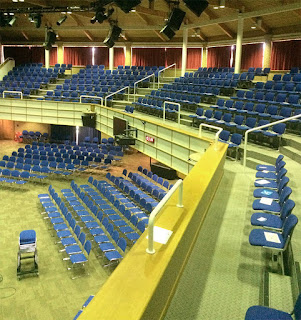 So I want to say a huge thank you to all those who have left us with the gift of the Kerith Centre. To Ben Davies who was the visionary behind it all, Ralph Allen who gave up a well paid job to be the architect and design a building which has passed the test of time so well, Mike Owen who acted as the site manager to make sure it was built to such a high standard, Clive Challis who acted as the treasurer for the whole project, Melita Cullis who ran numerous table top sales and to all those who gave sacrificially of their finances and their time in prayer to see the dream become a reality.

And to the rest of us let us realise we stand on the shoulders of giants. We don't worship a building, but we do worship in a building, and it allows us to do so much ministry and see so many lives changes. Let's be thankful for all who have gone before us, be inspired by their vision their faith and the sacrifices they made, make the best use we can of the legacy they have left us and be willing to follow in their footsteps.

Simon
Posted by Simon Benham at 6:00 AM